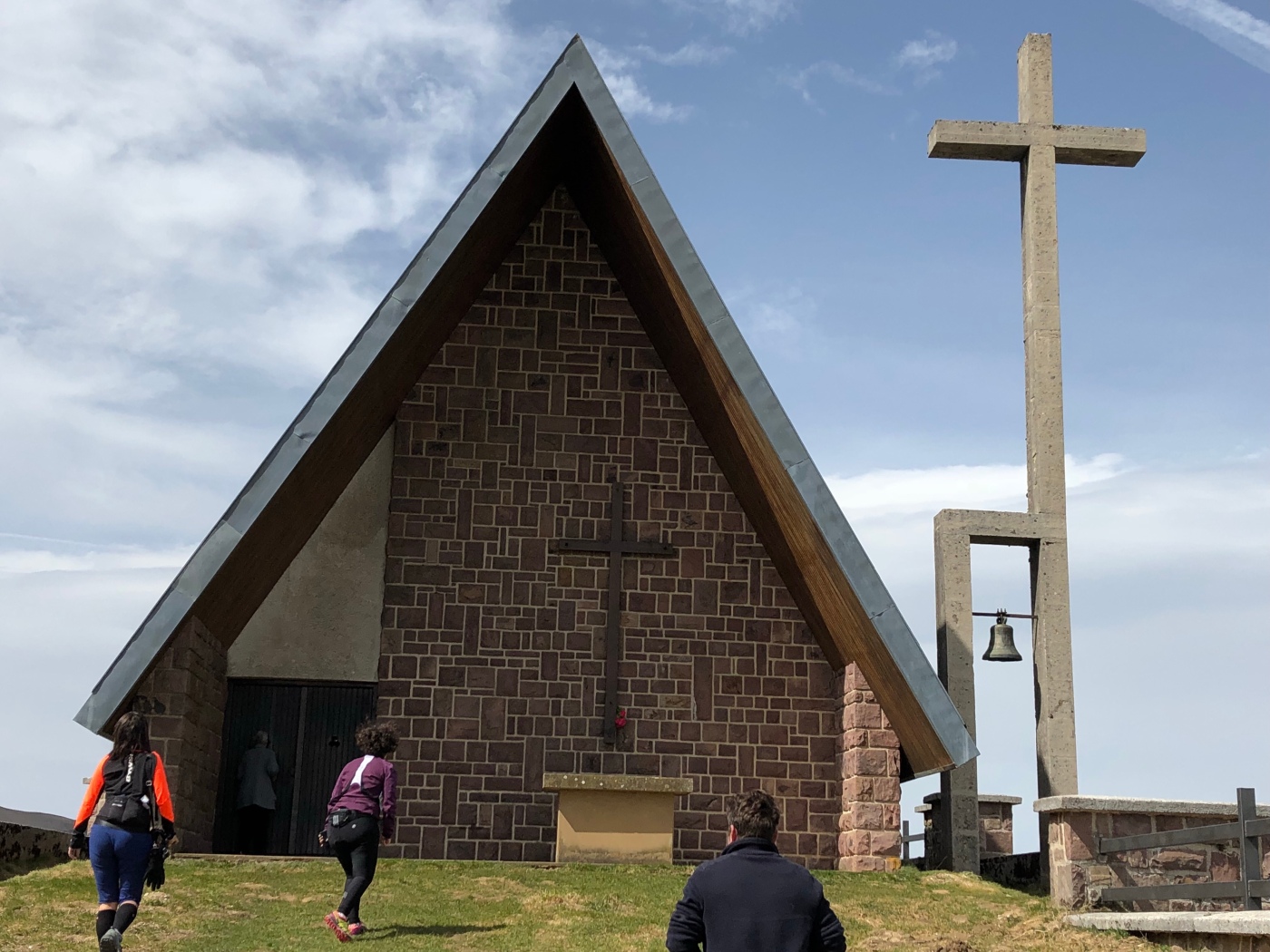 April 7, 2019: Hello from the future, one year beyond the real-time chronology of this blog! I have been enjoying re-reading each entry on its one-year anniversary, and noticed that the post I remember drafting about Roncesvalles is missing! Here are the gorgeous photos and my attempt to remember what I was feeling that night… besides exhaustion. I’m adding this post one year late because I hope to someday download and print this blog and photos for my own keepsake, and it’s not right to skip such an important stop.

I reached Roncesvalles pretty late in the day on April 6, 2018 — around 4 or 5 pm if I remember correctly. Thank goodness I had a prepaid reservation already because the albergue was almost to capacity for the night by the time I reached it. Let’s be honest, thank goodness I reached it at all considering how that second day of walking through the Pyrenees went. It was only the tiniest shred of vanity I had left that kept me from crawling into the albergue on my hands and knees (begging for a taxi to take me to the closest airport? I jest. Or maybe it did cross my mind.)

I was excited to be in Roncesvalles considering the village’s role in the legends of Roland and Charlemagne, but I remember being so exhausted when I was there that I couldn’t muster the energy to recount any of the history while there. I was shuffling about mumbling “Charlemagne” and “Song of Roland” a lot instead.

First, there is a small chapel and monument dedicated to Charlemagne before you reach the monastery:

People were climbing to the top of this hill to check out the memorial (there was a huge parking lot here and most of the people checking out the monuments were motorists). I could barely put one foot in front of the other at this point and so admired it from afar.

Look back on the day’s accomplishments/misery: 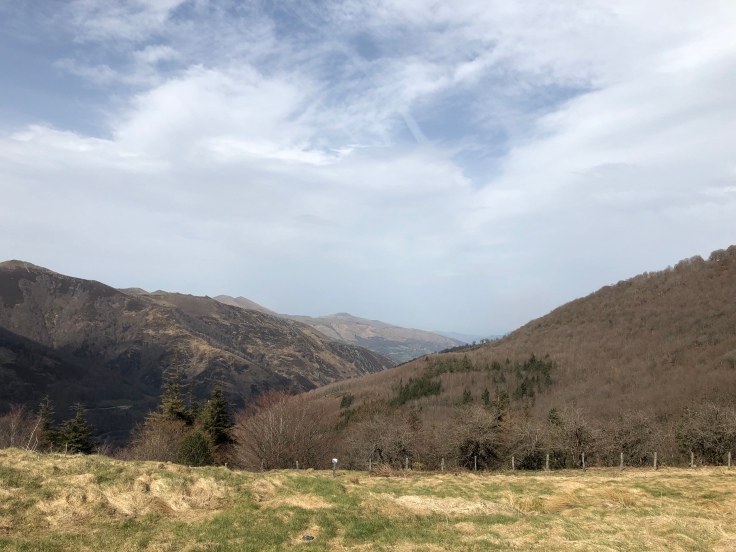 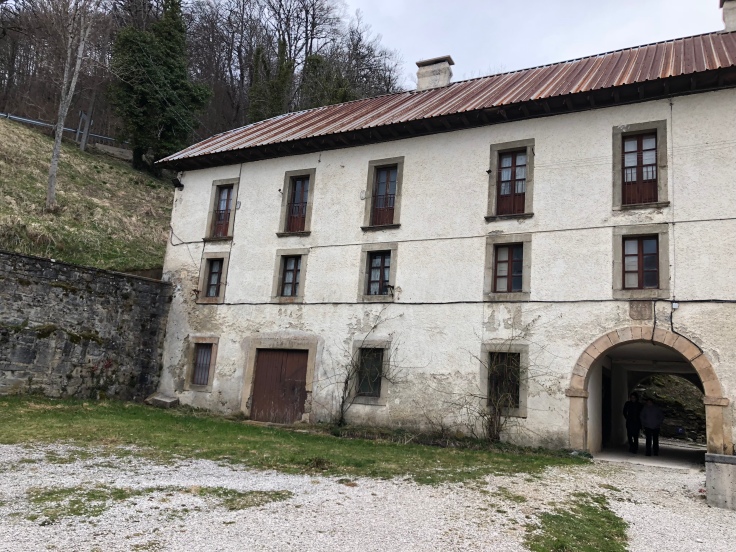 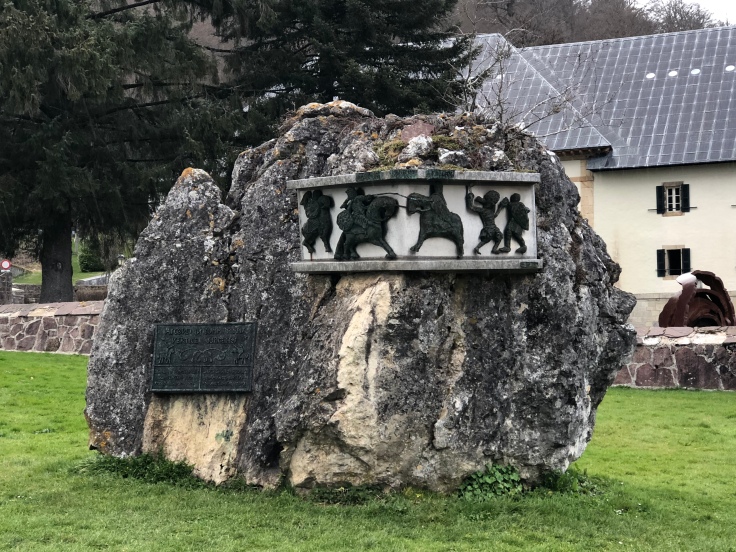 And my very first pilgrims mass (out of many — and this one was in Latin). It was beautiful. I was emotional. Sitting in mass this evening really made me think of my son Elliot when he was young.

Since this is being composed one year after the fact, and from the comfort of my computer in Seattle, I’m in a better position to share resources: